Attackers send emails with an attachment in the form of a text file, when opened, the computer is attacked by viruses. 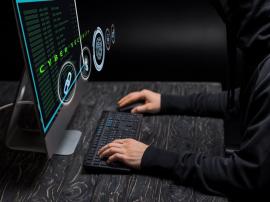 There has been an increase in the use of text documents to hack computers online. As a rule, the victim receives an e-mail with a message that he is entitled to a payment - a pdf-document is attached to the letter. After opening it, a virus may be launched on the computer.

When trying to open a pdf file, Adobe Reader prompts the user to use the Word text editor to run the docx file contained within. At the same time, hackers have learned to deceive the security system - when opened, information appears that the document has been checked and is not dangerous.

Dmitry Ovchinnikov, Chief Specialist of the Department of Integrated Information Security Systems at Gazinformservice, spoke about the dangers of PDF files.

"PDF files have always been and will always be one of the ways to attack users. This time, the attackers, using a script embedded in a docx file disguised as a PDF file, force the user to download malware that allows remote code execution on the user's PC.

In this case, you can see a rather tricky mechanism for executing remote code on the user's machine. Given that this vulnerability has already been found and published in the public domain, it should be "closed" in the near future. security updates», — the expert warned.

Journalists refer to a report by research firm HP Wolf Security, according to which hackers have become more likely to attack users using text documents. As a rule, the victim receives an e-mail with a message that he is entitled to a payment - a pdf-document is attached to the letter. After opening it, a virus may be launched on the computer.

According to analysts, it is possible to detect the malicious nature of such files using parsers. However, ordinary users "do not go that far." Experts noted that hackers rely on the CVE-2017-11882 vulnerability, which was fixed in November 2017, but is still found on users' computers.

In early May, journalists from BleepingComputer reported on the emergence of the Magniber ransomware virus. The malware was hidden in fake Windows 11 update files.